The slow progress of oil tankers makes for a nice change from the jackhammer pace of news. Disputes about Kurdish oil exports have been pottering along for months, following the movement of a few tankers around the world.

So we have the SCF Altai, which has apparently been running oil between Ceyhan and Israel since June.

And across the Atlantic there’s the United Kalavrta, which has been loitering off Texas while Iraq and Kurdistan slug out ownership rights in court. Once the court ruled against Iraq, the tanker promptly turned off its tracking beacon, and is now presumably unloading as quietly as possible. The Anglophone media has recently been making

It’s interesting that this has taken on the status of accepted fact — while, as far as I can tell, no European government has officially confirmed it. On the one hand I’m pleased that the media has the courage to report government actions without a press release. On the other, I’m a little nervous about how much this seems down to co-ordinated briefing by American officials. True it may be, but it’s apparently a truth only reported when it suits the powerful.

At the very least I’d hope that European journalists would browbeat officials into either confirming or denying the American (and British) official claims of ransom payments.

ETA: This New York Times article on the topic is pretty impressive, though, and obviously based on a lot of research.

Another good bit from the Etymologicon [previously]. This time, why brackets are named after codpieces. The ever-more-elaborate codpieces in medieval armour were called 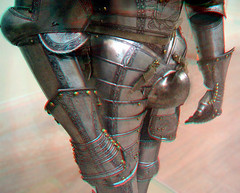 Then came an architect fixated on groins

What do you call the bit of stone that bulges out from a pillar to support a balcony or a roo? Until the sixteenth century nobody had been certain what to call them; but one day somebody must have been gazing at a cathedral wall and, in a moment of sudden clarity, realised that the architectural supports looked like nothing so much as Henry VIII’s groin.

So the supports became known as

in a dictionary compiled by Pocahontas’ lover. Then, because a double bracket looks a bit like [, the word was transferred onwards to name a piece of punctuation

Here’s the final batch of Scotlands from my Book of Scotlands. Visit the Scotland of the unco blackitt ochtacho-ochter Restauracion. The Scotland built on basic strangeness. The plagues that befell independent Scotland (to the delight, no doubt, of the Better Togetherers): a plague of horned…

It helps to adopt a principle that I teach at Swarthmore College: “When a conflict erupts near you, move closer.” If a couple is loudly arguing on the street, or a fight breaks out at a sports event, move physically closer to it. For some people, crossing the street to get closer is a victory; for others, moving one foot closer is a shift. Even taking a moment to stay where you are and breathe might make your day.

The Scottish independence campaign was, and is, a massive popular movement.

But the post-referendum devolution wrangling is a depressing case of gerrymandering writ large.

So the tories want “English votes for English laws”, because they reckon they can get a majority in England more often than not. Labour want regional devolution, to stop the Tory South-East imposing itself on the rest of the country. Meanwhile the (non-Scottish) voters don’t care — and who can blame them, given the way all parties treat them?

Also: Alex on how this will get decided in a back-room deal during wash-up

from the main blog – http://ift.tt/YBGH3w

Somebody asks whether it’s worth submitting trivial patches to the Linux kernel, considering that it makes work for somebody else to merge them. Linus’ response is perfect:

To me, the biggest thing with small patches is not necessarily the patch itself. I think that much more important than the patch is the fact that people get used to the notion that they can change the kernel – not just on an intellectual level (“I understand that the GPL means that I have the right to change my kernel”), but on a more practical level (“Hey, I did that small change”).

So please don’t stop. Yes, those trivial patches _are_ a bother. Damn, they are _horrible_. But at the same time, the devil is in the detail, and they are needed in the long run. Both the patches themselves, and the people that grew up on them.

Clay Shirky talks about hardware hacking in China, particularly in comparison to the US “Maker movement”.

The maker movement is akin to the idolisation of the countryside which followed urbanisation. Consciously or not, it’s recreation of a culture which has been lost. In this case, the “hardware hacking” culture has been destroyed by a few decades of cheap imports and complicated devices. By contrast, stereotypically “female” making has not been interrupted, so there is no need to rediscover it in the same way.

Maker culture is largely male culture in part because men are celebrating our triumphant return to a set of practices women never let go of in the first place. One of the reasons Craft never found an audience is that that audience had never been lost; Ravelry and Pinterest and Etsy do a good chunk of what Craft was meant to do, and without any of the “We here in the Maker movement could not be more pleased with ourselves” vibe.

So, tangent managed, here’s the analogy. Hardware hacking in the US vs. China is a bit like Maker culture between men and women. Hardware hacking hasn’t become a hot new thing in China because it never stopped being a regular old thing.

There’s much more of interest in the article; I think it’s also the first worthwhile thing I’ve found on ello.

David Byrne is disappointed by the bus-riding tourists of New York:

I wave to the double-decker buses from my bike, but the passengers never wave back. Why? Am I not an attraction?