My first article for the Organised Crime and Corruption Reporting Project is on suspected Croatian arms exports to Syria:

Within weeks of the trade, powerful new weapons began appearing among Syrian rebel fighters. They match the categories listed in the Croatian export records: rocket and grenade launchers, artillery guns, and plenty of ammunition.

This is following on from work by CJ Chivers in the New York Times. He used American officials and flight data to argue that Croatian weapons were reaching Syria via Jordan; I used Comtrade trade stats to confirm the first leg of that.

So far it’s been picked up by Foreign Policy, and there’s an Arabic version at Ammannet.

Here’s a chart from the Economist, showing how dramatically Chavez reduced poverty. The blog post is a classic example of faux-rational Economist promotion of the party line, if you like that kind of thing

Here’s Greg Grandin in the Nation dismissing the argument that Chavez got popular simply by bribing the poor:

During the 2006 presidential campaign, the signature pledge of Chávez’s opponent was to give 3,000,000 poor Venezuelans a black credit card (black as in the color of oil) from which they could withdraw up to $450 in cash a month….But in this election at least, Venezuelans managed to see through the mist. Chávez won with over 62 percent of the vote.

And here’s blood and treasure, arguing that the presence of an unashamedly anti-US socialist in Latin America made it easier for other countries to do their own thing, without worrying so much about the US:

But the rhetorical broadsides did a bit of wider good. You have a leader who survived a coup attempt that the US very much wanted to see succeed and who then based his foreign policy around the Khrushchev principle of throwing a hedgehog down Uncle Sam’s pants at every opportunity: and Uncle Sam went on and let him do it. Uncle Sam was busy at the time rampaging elsewhere and the whole golpista approach was waning after the end of the Cold War. But it sends a signal to even the dimmest Brazilian general, say, that he’d better knuckle down and learn to live with Lula. It lets the coca farmer in the Altiplano know he can vote for who he wants without worrying about the army showing up and conducting a limpieza. It creates political space.

Rachel White on goth and self-creation:

Persona is a sort-of-art that deserves more celebration and more experimentation. And Persona is double-edged. A tumblr trap of re-blogging into a void. A way to not actually create. A mirror within a mirror. A trap within a trap: Persona being not taken seriously because it is girls and often queer people who dabble in it.

In the US, claims Troy Jellimore,

. He blames Kant and Bentham, for setting an dry and overwhelming tone for secular ethics:

Kantian and utilitarian approaches have been both fruitful and influential, and they get a lot of things right. But they share an impersonal, somewhat bureaucratic conception of the human being as a moral agent. The traits that are most highly prized in such agents are logical thinking, calculation, and obedience to the rules. Personal qualities such as individual judgment, idiosyncratic projects and desires, personal commitments and relationships, and feelings and emotions are regarded as largely irrelevant.

Well, for a start utilitarianism is much more flexible than that. It’s philosophy’s Church of England — able to encompass any number of other beliefs, and self-dilute until it requires no change to your actions. Sure, an occasional fanatic may take trolley problems as an immediate guide for how to act. But for the most part, your personal preferences, fallible judgement and less-than-perfect generosity can all sit comfortably within utilitarian ethics.

And there are many more approaches to secular ethics — just rarely by that name. They are much more likely to be subsumed within animal rights, or identity politics, or family values, or charity, or any number of other ethical programs. Possibly, though, these aren’t enough integrated into systems which are coherent but not inhumanly demanding. How do you balance saving CO2 against flying to your nephew’s wedding, sneaking in the detail that you never liked him anyway? And there, OK, the religious have an advantage over us. It’ll take a while before the contradictory thoughts of a million agony aunts accrete into a comprehensive moral guide.

Sometimes all you have energy for is flicking through ridiculous tumblrs 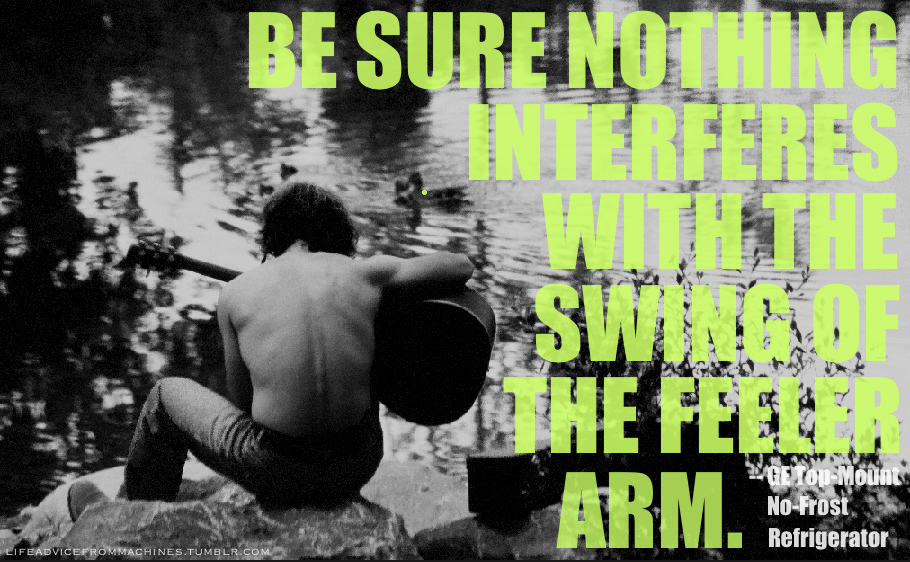 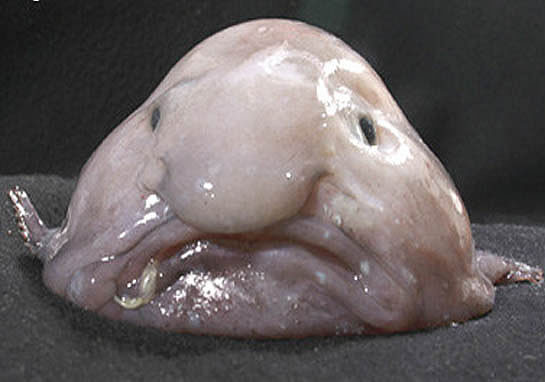 “Blobfish? So, I’m just making it look like a blob?”

Connected China explains the social and professional networks of China’s leaders, highlighting the interpersonal relationships that drive business, move markets and shape the political landscape in the world’s most populous nation.

It reminds me of the

, a 1962 book in which Anthony Sampson delineated the interlocking circles which formed the British ‘Establishment’.

Similar, also, is Miguel Paz‘s Poderpopedia, a web guide to who holds power in Chile.

It sits in the same productive but uneasy territory between journalism and encyclopedia. It’s a difficult balance to strike — selective and cutting enough to make for interesting reading, but sufficiently comprehensive to serve as a reference.

I imagine that’s part of what Reuters want here — to become a reference resource for people reading about China, and a source of profiles and graphs which can be integrated into their other products.

They’ve certainly thrown a lot of work into it, and at first glance they got their money’s worth. It’s visually glorious — it helps that they worked with Ben Fry, who literally wrote the book on data visualization. I can’t say I now understand Who’s Who in China, but I have a slightly better chance than I did an hour ago. Assuming Reuters do a decent job of keeping this updated, I imagine I’ll come back many times in the future, whenever I’m trying to make sense of a Chinese power-broker.

Britons can have their citizenship revoked by the Home Secretary.

The Bureau of Investigative Journalism looks into the 16 cases where Theresa May has used that power:

In a case known only as L1, a Sudanese-British man took his four British children on holiday to Sudan, along with his wife, who had limited leave to remain in the UK. Four days after his departure, Theresa May decided to strip him of his citizenship.

With their father excluded from the UK and their mother’s lack of permanent right to remain, the order effectively blocks the children from growing up in Britain. At the time of the order the children were aged between eight and 13 months.

In one case, Theresa May removed a man’s citizenship just before he was seized in Djibouti and rendered to the US. There has already been much reporting around this person, Mahdi Hashi, and there is a group campaigning on his behalf.

Here’s a worrying look at the implications of Google Glass:

Anywhere you go in public – any store, any sidewalk, any bus or subway – you’re liable to be recorded: audio and video. Fifty people on the bus might be Glassless, but if a single person wearing Glass gets on, you – and all 49 other passengers – could be recorded. Not just for a temporary throwaway video buffer, like a security camera, but recorded, stored permanently, and shared to the world.

To expand what’s implicit here: creepshots will be getting worse. For somebody now to photograph you without your consent on the street, they at least have to

point a phone at you

. A year from now, you’ll never know if that guy is ‘just’ ogling you, or if he’s also videoing your body for the benefit of the seamier end of the internet.

And I don’t see anything we can do to stop it. Even if we make it illegal (I believe it may already be so, in Germany), the internet is still sufficiently anonymous for this to become commonplace.