Quick plug for Nick Quah’s Hot Pod, an excellent newsletter on podcasts. It has an acknowledged bias towards emotionally-driven, story-based non-fiction podcasts — the archipelago that has formed around

and the like. But even though that’s not really my thing, I’ve found a number of interesting podcasts through it.

I hope by now we all accept that Mallory Ortberg is the funniest person on the internet. Or at the very least, the funniest writer whose schtick involves heavy doses of art history.

MONK #1: do birds have meetings

they have a Meeting Hat and everything

MONK #1: what do they have meetings about

MONK #2: mostly who gets to wear the meeting hat 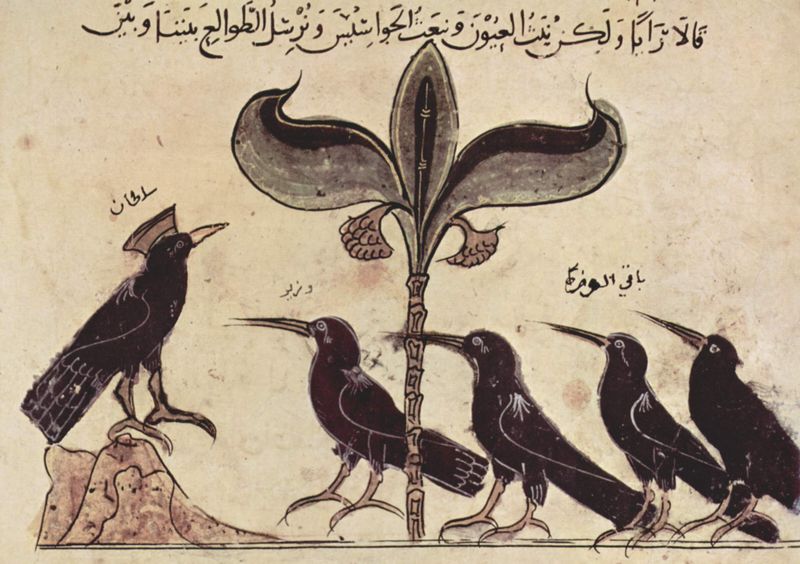 On this day in 1953, Aldous Huxley opened the Doors of Perception. By taking mescaline he loosened the perceptual filters that separated him from the world around him, an experience he recorded on one of the most precise and inspiring descriptions of the hallucinogenic experience:

I took my pill at eleven. An hour and a half later, I was sitting in my study, looking intently at a small glass vase. The vase contained only three flowers….At breakfast that morning I had been struck by the lively dissonance of its colors. But that was no longer the point. I was not looking now at an unusual flower arrangement. I was seeing what Adam had seen on the morning of his creation-the miracle, moment by moment, of naked existence.

Huxley was one of the most intellectual and serious of the mid-century psychonauts. He combined the erudite sensibility of the Bloomsbury Set with a long interest in comparative religion and the nature of mysticism.

Ken Kesey saw acid as a tool to build the counterculture. Hunter S Thompson treated it as fuel for the determined hedonist. But Huxley is a child of the Enlightenment, drawn to reason even in the search for creativity and spirituality:

We must learn how to handle words effectively; but at the same time we must preserve and, if necessary, intensify our ability to look at the world directly and not through that half opaque medium of concepts, which distorts every given fact into the all too familiar likeness of some generic label or explanatory abstraction.

Literary or scientific, liberal or specialist, all our education is predominantly verbal and therefore fails to accomplish what it is supposed to do. Instead of transforming children into fully developed adults, it turns out students of the natural sciences who are completely unaware of Nature as the primary fact of experience, it inflicts upon the world students of the humanities who know nothing of humanity, their own or anyone else’s.

How many philosophers, how many theologians, how many professional educators have had the curiosity to open this Door in the Wall? The answer, for all practical purposes, is, None.